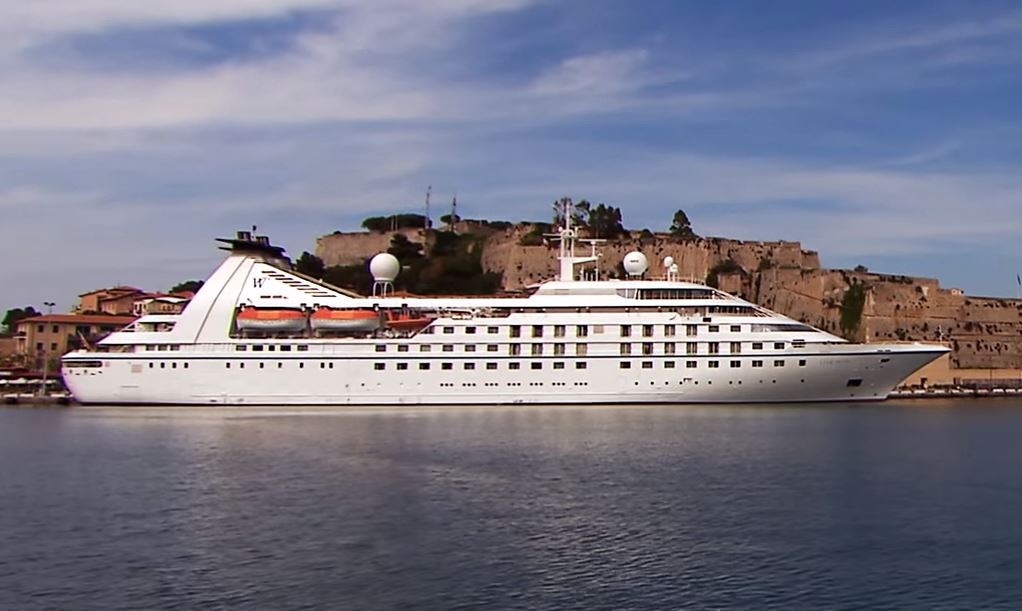 Greek mythology, courageous rebellions against Rome, and the rediscovered wonders of Petra’s sandstone tombs, temples, and treasuries are a few of the hallmarks on this 8-day journey along the eastern Mediterranean harbors and coastlines of Greece, Cyprus and Israel. Savor sweet, almond flavors of amigdalota pastries in Mykonos, or catch a boat bound for the temples and amphitheater on Delos, the mythical birthplace of Apollo and Artemis. Wander the shadowy recesses of the Minoan palace of Knossos on Crete, lair of the mythic Minotaur, and peruse ancient sacred relics at the Archaeological Museum of Heraklion. Follow Jesus’s footsteps through Gethsemane to the former garden and olive grove where he was arrested, and visit the cave of the Nativity in Bethlehem. Ride a cable car to the imposing heights of Masada Fortress. Float in the warm, mineral rich waters of the Dead Sea. Stroll among Petra’s pink, sandstone columns and caves in the glowing morning light.

Haifa (hì¢fä), city (1988 est. pop. 225,000), NW Israel, on the Mediterranean Sea. It is a major industrial center, a railroad hub, and one of the main ports of Israel. Haifa is known to have existed by the 3rd century A.D. and was destroyed (1191) by Saladin. The city’s revival began in the late 18th century; development of its port in the 20th century led to its main growth. It is the world center of Baha’ism.

Jerusalem, (je-r¡´se-lem) city (1991 est. pop. 535,000, including East Jerusalem), capital and largest city of Israel, on a high ridge W of the Dead Sea and the Jordan R. A holy city for Jews, Christians, and Muslims, Jerusalem is an administrative, cultural, and tourist center. Manufactures include cut and polished diamonds, plastics, and clothing. The eastern part of Jerusalem is the Old City; the New City, to the south and southwest, has been largely developed since the 19th cent. and is the site of the Knesset, Israel’s parliament. Archaeology indicates that Jerusalem was already settled in the 4th millennium B.C. David captured it (c.1000 B.C.) from the Jebusites (Canaanites), and after Solomon built the Temple there (10th cent. B.C.), Jerusalem became the spiritual and political capital of the Hebrews. The city fell to many conquerors, e.g., Babylonia (586 B.C.) and Rome (63 B.C.), and it was the scene of Jesus’ last ministry. The Roman emperor Titus destroyed the rebuilt (Second) Temple (A.D. 70) to punish rebellious Jews. The Muslims, who believe that Muhammad ascended to heaven from the city, treated it well after they captured it in 637. It was conquered by the Crusaders in 1099 and was recaptured (1187) by the Muslims under Saladin. Jerusalem was the capital (1922-48) of the
British mandate of Palestine.

During the Arab-Israeli Wars, the city was divided (1949-67); the Old City became part of Jordan and the New City became the capital of Israel. In 1967 Israel captured the Old City and formally annexed it. Israel reaffirmed its annexation of the Old City in 1980, an action not accepted by many nations. The Old City contains many holy places of Christianity, e.g., the Church of the Holy Sepulcher; of Islam, e.g., the Dome of the Rock (688-91); and of Judaism, e.g., the Western (or Wailing) Wall (part of the Second Temple

Mykonos is the most chic and sophisticated of all the Greek Islands–instantly recognized by its glittering crescent of white-washed houses lining an azure bay. The beaches here are unspoiled and inviting, especially along Plati Tialos Bay. Miniature churches, lazy windmills, and tiny cafes serving up Greek specialties line the streets. Sample the freshest squid or lobster just snatched from the blue Aegean Sea, or shop for typical flokati rugs.

Rhodes (rodz) or Ródhos, island (1981 pop. 40,392), c.540 sq mi (1,400 sq km), Greece, in the Aegean Sea, near Turkey; largest of the Dodecanese island group. Its fertile coastal areas produce wheat, tobacco, cotton, and olives. Tourism and fishing are important. Colonized by Dorians before 1000 B.C., it reached its height as a commercial and cultural center in the 4th-3d cent. B.C. Julius Caesar studied at its renowned school of rhetoric. After its decline, Rhodes was an ally of Rome. Captured (1204) from the Byzantine Empire during the Crusades, it was held by the Knights Hospitalers (1282-1522) and the Ottoman Turks before it was taken by Italy in 1912. In 1947 it was ceded to Greece. The famed Colossus of Rhodes (see under colossus), a statue erected (292-280 B.C.) by the citizens of the ancient capital
city of Rhodes, was destroyed by an earthquake in 224 B.C.